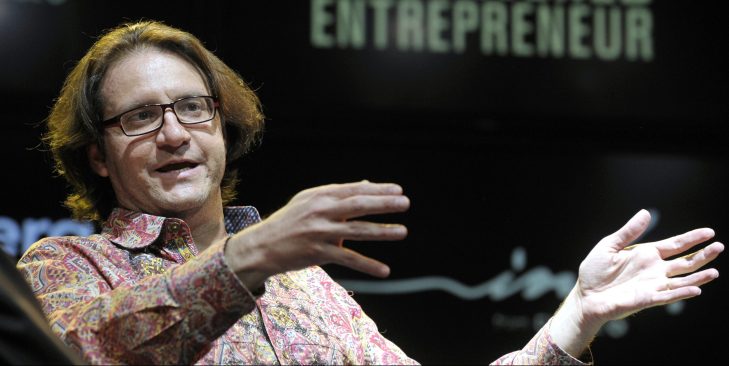 Few can hold a candle to Brad Feld’s list of accolades in the startup, tech and venture world. As a multi-time founder of both startups and venture firms alike, Feld is widely known for having co-founded the Techstars accelerator — now a Silicon Valley and startup institution — as well as Foundry Group, the early and growth-stage venture fund that has raised nearly $2.5 billion over seven funds, in just over a decade.

Feld is equally, if not more, recognized outside of the investing world as a thought leader through both his widely followed blog “Feld Thoughts” and through authoring a number of books and guides to the startup and venture worlds. Feld recently published the fourth edition of his acclaimed and seemingly timeless book “Venture Deals: Be Smarter Than Your Lawyer And Venture Capitalist” (which he co-authored with Foundry Group co-founder Jason Mendelson), which acts as a manual to raising venture capital by walking through tactical advice around negotiating a term sheet, what to consider when selling your business, arguments for and against convertible debt and much more.

TechCrunch’s Silicon Valley editor Connie Loizos will be sitting down with Brad for an exclusive conversation this Thursday, October 10th at 11:00 am PT on Extra Crunch. Brad, Connie and Extra Crunch members will be digging into the latest edition of “Venture Deals,” Brad’s advice to founders and investors and his take on hot-button issues of the day (including dual-class shares, direct listings and what happened at WeWork).

Extra Crunch members will also have the opportunity to ask questions! We will pause during the call to take questions from Extra Crunch subscribers. Alternatively, you can email questions to eldon@techcrunch.com.

Tune in to join the conversation and for the opportunity to ask Brad and Connie any and all things venture.

To listen to this and all future conference calls, become a member of Extra Crunch. Learn more and try it for free.

Watch: Brad Pitt says he will ‘get back to making things’ after Oscars win

Wendy Williams Disses Justin Bieber After He Opens Up About Drug Issues: ‘I Don’t Care’