New stop-movement order will allow some soldiers to change station 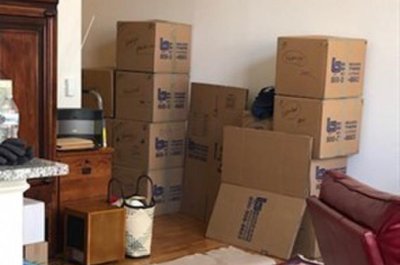 The Department of Defense announced Saturday that it had extended travel restrictions affecting military personnel and their families through June 30 as part of its efforts to stem the spread of the COVID-19 pandemic.

But the new travel order, which was officially released Monday, includes exemptions for service members receiving new assignments that are deemed essential to the DoD’s mission.

About 48,000 soldiers are on orders to new permanent changes of station this summer, according to Stars & Stripes.

Just how many will be covered under the exemption is not clear, but Seamands did say those soldiers who have been stuck in limbo after the initial stop-movement order was issued in March will be among those exempted.

“If you were at Fort Hood, and you were out-processing and getting ready to go to Korea and then the stop-movement happened, you’ve been remaining in place,” Seamands said in a Tuesday telephone briefing. “What we want to do is get those people kind of in limbo to be able to move on to their next location.”

Under the new order, new Army recruits will be screened for symptoms and possible exposure to COVID-19 for two weeks in advance of their ship date.

About 200 soldiers relocated after mold found in Fort Bragg barracks