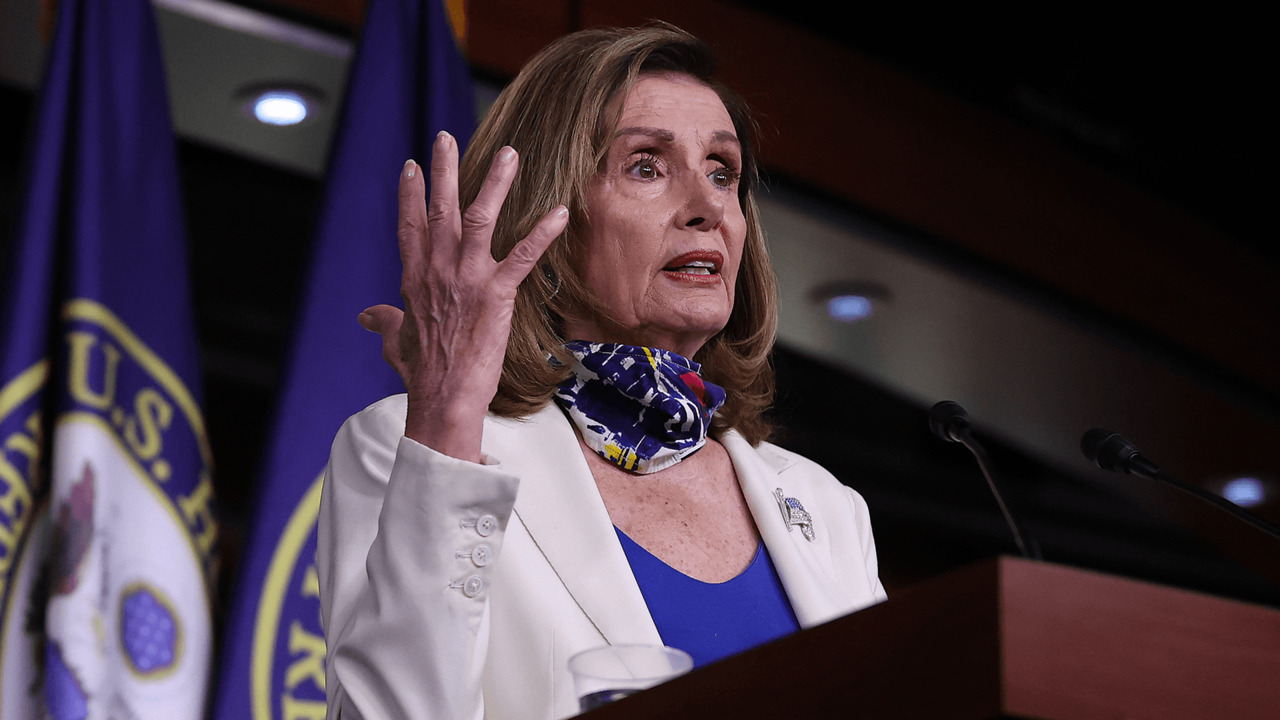 Pelosi and Mnuchin spoke by phone for about 50 minutes Thursday afternoon, where they discussed “further clarifications on amounts and language,” according to a Pelosi aide.

Lawmakers and aides had hoped that conversation would determine the fate of a bipartisan package. Instead, Pelosi and Mnuchin said they would continue talking despite the “distance on key areas,” according to Pelosi spokesman Drew Hammill — further dragging out the talks.

Throughout the day on Thursday, both Democrats and White House officials have been telegraphing the enormous disparities that still exist between the two sides.

“We come from two different places,” Pelosi told reporters at a press conference later Thursday. “Hopefully we can find our common ground on this and do so soon.”

Pelosi said she is expecting the White House to come back with “some counter” offer but that the House is still moving forward with a vote later Thursday on the Democrats’ own $2.2 trillion coronavirus relief package. Lawmakers would then leave Washington as soon as Thursday evening for pre-election campaigning — putting trillions of dollars in aid to struggling Americans and businesses on hold until after the election, possibly sliding into next year.

Pelosi said a vote on their bill doesn’t signal an end to the talks with Mnuchin and doesn’t mean that they won’t be able to reach some kind of deal before the election.

“It just says, you asked, here’s what it is. This is how we came down,” Pelosi said of her decision to move forward with the vote.

But many House Democrats are going into the vote with a grim outlook, frustrated at the months of stalled negotiations and anxious that voters back home will blame them for the failure to deliver more help while tens of millions of Americans remain out of work. Government relief programs — like extra jobless aid or eviction protections — have long since expired. Another program that helped keep tens of thousands of airline industry workers employed expired Sept. 30, and major airlines announced massive layoffs, despite new government loans.

The stalemate followed several days of negotiations between Pelosi and Mnuchin as the two attempted to reach a deal before Congress was scheduled to depart Washington until after the election.

Pelosi and Mnuchin held several phone calls since Sunday and huddled in the speaker’s suite for a 90-minute meeting Wednesday, their first face-to-face discussion since the talks fell apart in early August. Mnuchin offered Democrats a $1.6 trillion deal but the GOP proposal was still far below Democratic demands in terms of state and local aid and education funding, among other issues, POLITICO Playbook reported Thursday morning.

And senior Republicans in both chambers, including Senate Majority Leader Mitch McConnell (R-Ky.) have remained cool to a deal, even as Mnuchin and Pelosi projected progress on their talks in recent days.

“I’m wishing them well,” McConnell told reporters Thursday, one day after he called the Democrats’ proposal “outlandish” and signaling little hope for a deal.

“We’ve been trying repeatedly to get a bill out of the Senate,” McConnell said, referring to a much smaller package that Democrats blocked for falling short of a sweeping national response. “I’d like to see another rescue package, we’ve been trying for months to get there.”

White House spokeswoman Kayleigh McEnany said Thursday that Pelosi “is not being serious” in the negotiations.

“We raised our offer to $1.6 trillion,” she said. “It is a good proposal but is one she is not interested in.”

The Democrats’ bill, which is expected to come to the floor Thursday, is a pared back version of the sweeping $3.4 trillion relief package that the House passed in May. It would restore the $600-per-week increase in jobless benefits, deliver another round of direct stimulus checks and shore up cash to state and local governments, schools, and nutritional programs.

Moderate Democrats had been pushing Pelosi for months to put another bill on the floor — one that could be used to further pressure the GOP into negotiations, while also demonstrating to voters back home that they were still seeking compromise with Republicans.

Some members of the caucus grumbled about the end result, arguing that Democrats were simply negotiating against themselves, and that there was no point in approving a bill that included even less funds than the May version. But centrist Democrats argued that it was crucial to demonstrate that their party was still negotiating, while the White House and Senate Republicans were in no rush for a deal.

Jake Sherman and Caitlin Oprysko contributed to this report.