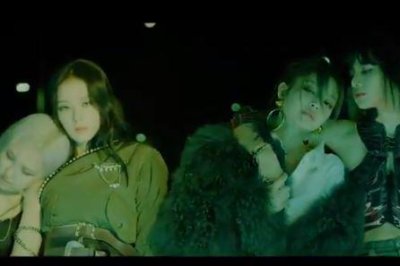 Sept. 28 (UPI) — South Korean girl group Blackpink gave fans a glimpse Monday of their new Lovesick Girls video with the song to be released on their first full-length album this week.

The video is based on the “Lovesick Girls” song that the K-pop group tweeted in a poster previewing it Sunday as the main track on their album, premiering at midnight Friday. The interactive poster shows pairs of the girls with one girl in each pair leaning on another’s shoulder under the moonlight.

The video teaser shows the group members — Jennie, Rose, Jisoo and Lisa — leaning on each other, but also letting loose and running free with music playing.

The quartet will host a livestream event ahead of The Album release, they announced on Instagram. Called “Comeback Live,” the event will be shown on the South Korean video streaming service VLive at 9 p.m. EST Thursday.

The stars recently reflected on their early bond as girlfriends during “pop star boot camp” in an article to appear in the October issue of Elle magazine.

A new documentary about the group, Blackpink: Light Up the Sky, will premiere on Oct. 14 on Netflix.

Previous PostSamsonite Luggage at eBay: Up to 79% off + 15% off $25 in cart + free shipping Next PostUSS Ross trains with Polish frigate on Baltic Sea